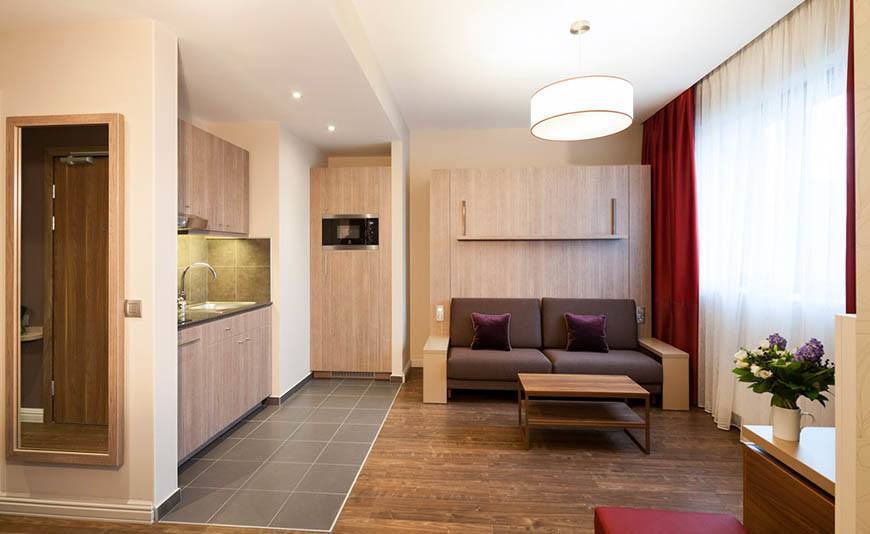 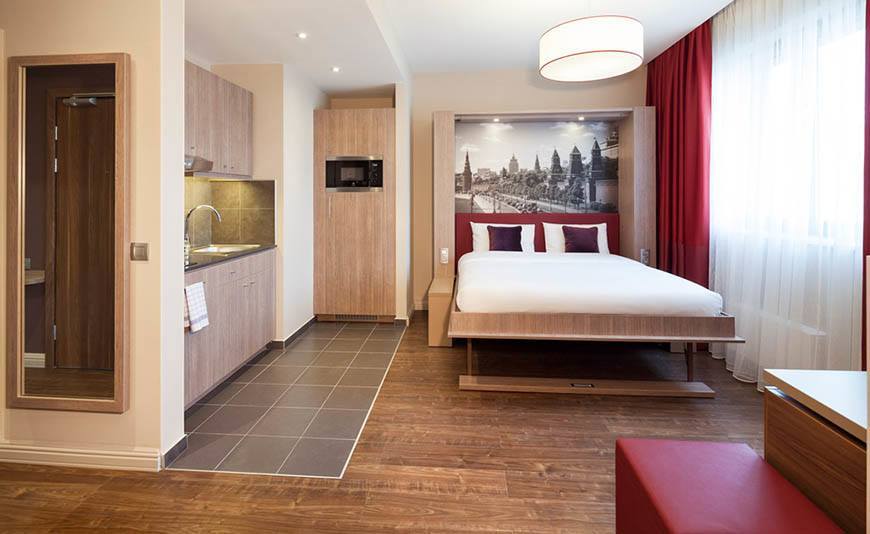 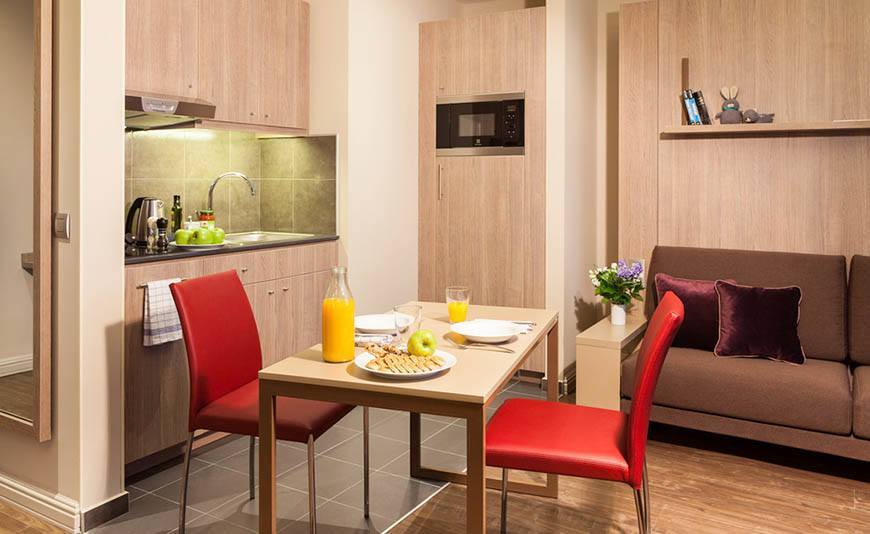 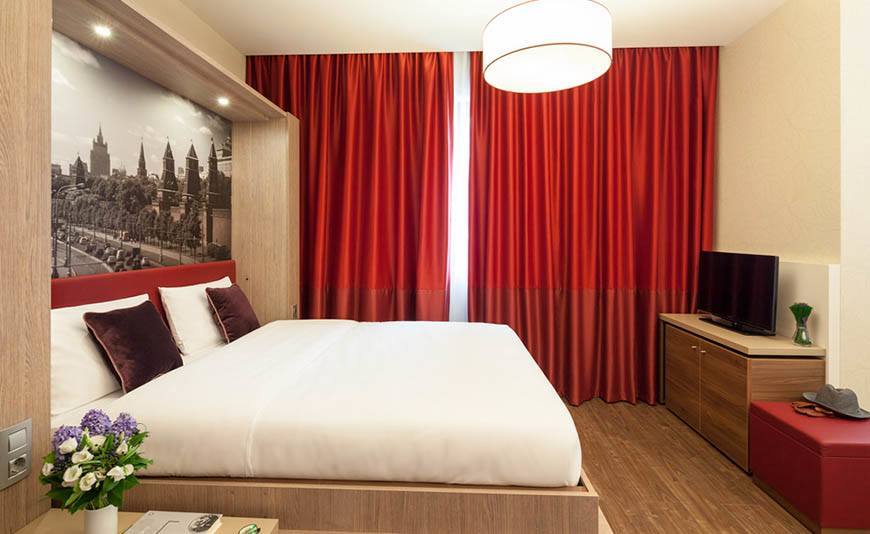 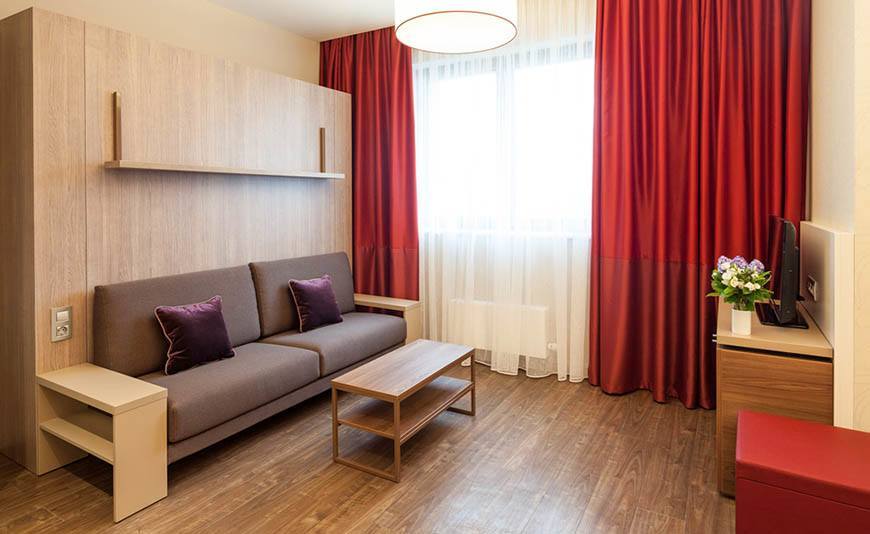 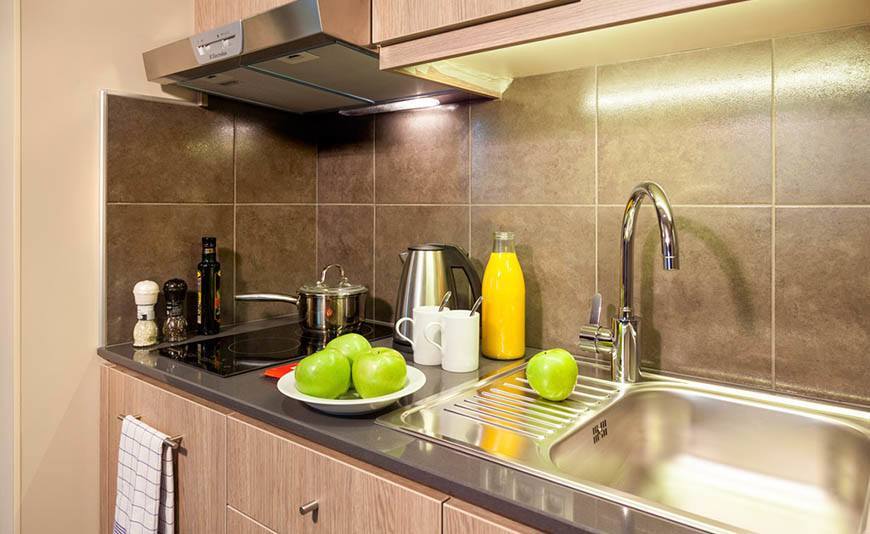 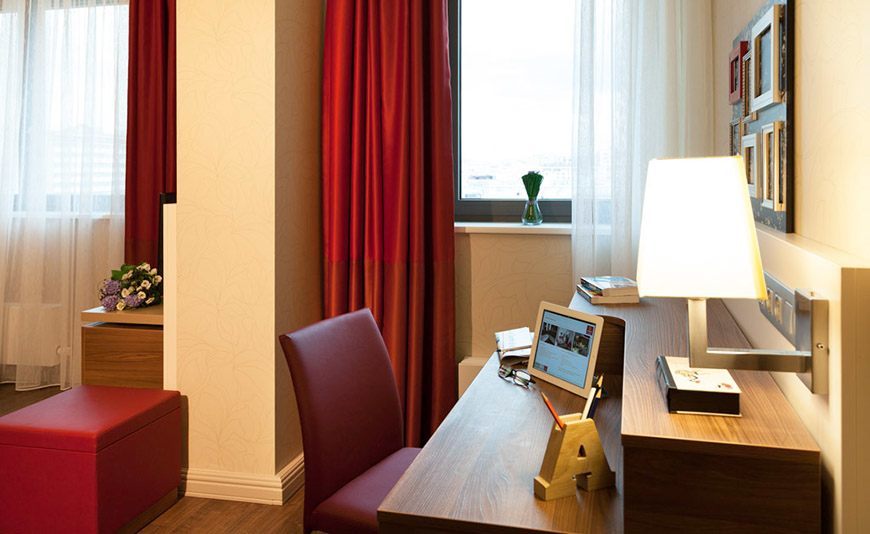 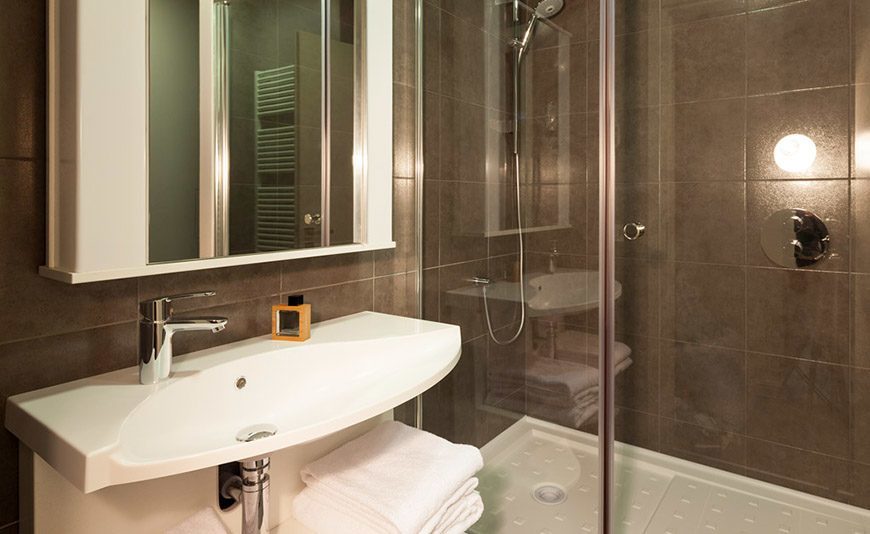 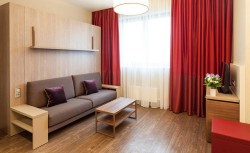 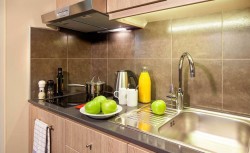 The Adagio Moscow Paveletskaya is a modern and comfortable apartment hotel in Moscow’s city center. Due to the aparthotel’s central location, many company headquarters as well as touristic hotspots are only minutes away. It is therefore perfectly suitable as both short-term and long-term accommodation and thus ideal for tourists, expats and business travelers.

The Adagio Moscow Paveletskaya is located in the city center of Moscow. Many touristical sights are close to the Aparthotel Adagio Moscow Paveletskaya. For example, the red square, the theatre museum, the Bolshoy theatre, the Pushkin Art Museum and many more touristic attractions are easily accessible via public transport or even within walking distance from the apartment hotel in Moscow.

From the Domodedovo Airport, which is located more than 40 km outside of the city center, the Aero Express takes you directly to the Paveletskaya station. From there, it is only a 140m walk to your apartment hotel in Moscow. From Sheremetyevo Airport, which is 34 km away from the apartment hotel in Moscow, take the Aero Express to Belorussky train station and take the metro from Belorusskaya station to Paveletskaya station. Due to the aparthotel’s situation close to the Paveletskaya train station you will find it easy to move around Moscow via public transport.

The elegant and comfortable rooms and apartments in the Aparthotel Adagio Moscow Paveletskaya are furnished according to your needs. They come in different sizes, just as you expect it in an apartment hotel. Choose among comfortable studios for 2 persons or spacious apartments for up to four persons.

They all include a fully equipped kitchen (including micro wave), working desk, safe, high speed internet access (WiFi), radio & TV, a telephone with Russian landline and alarm clocks (including wake up services at your convenience).

There are 2 different types of rooms and apartments in the Aparthotel Adagio Moscow Paveletskaya:

The studio is suitable for 2 persons and comes with a fold-away double bed, fully equipped kitchen, bathroom with bathtub or shower, toilet, air conditioning, TV and a personal safe.