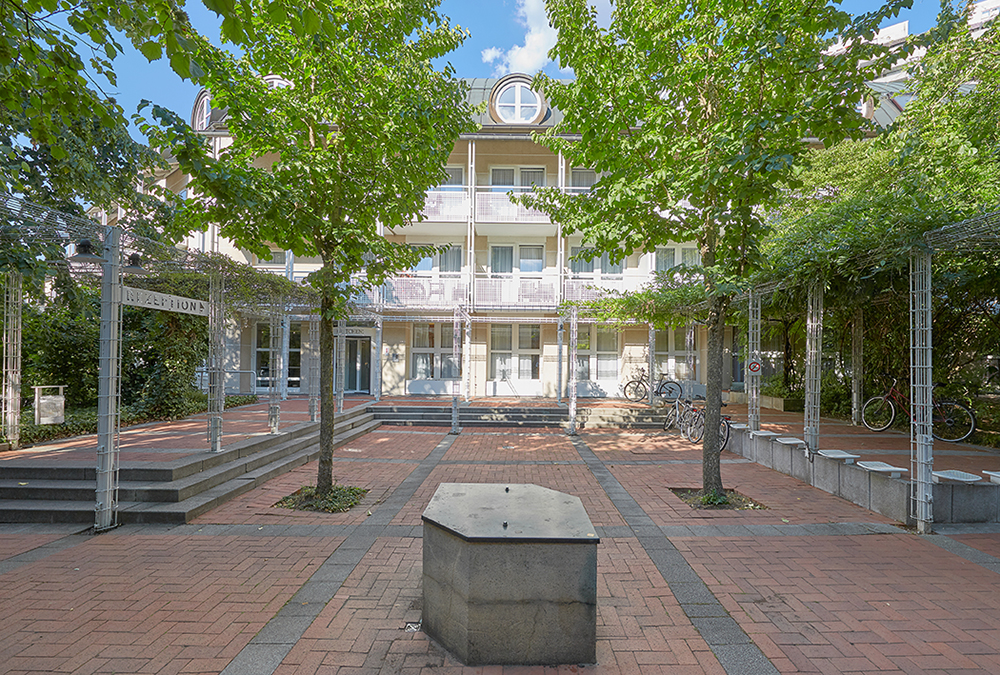 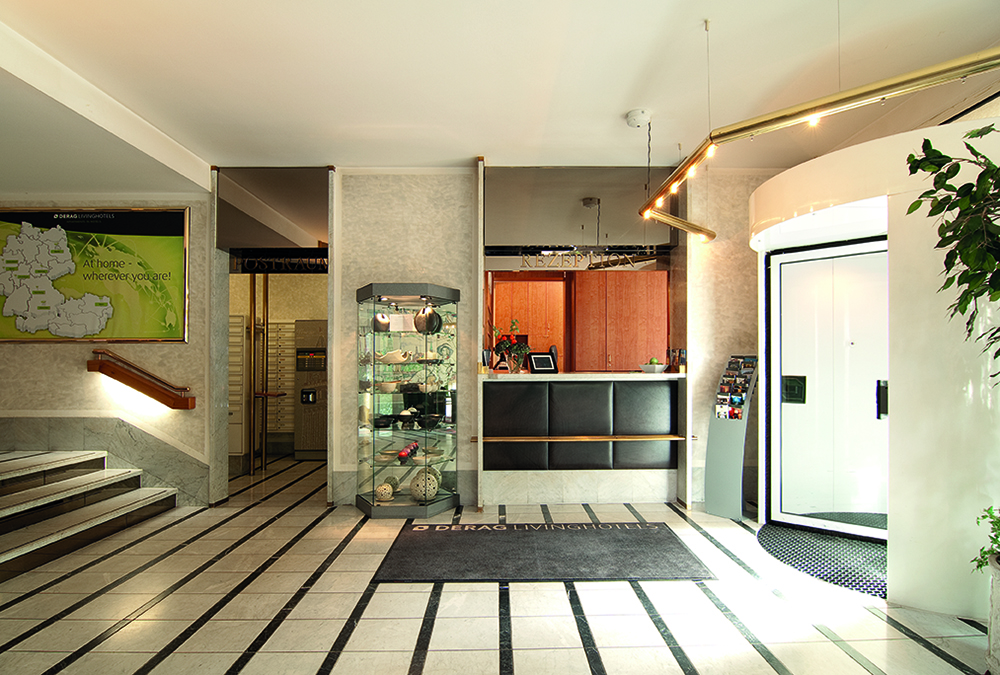 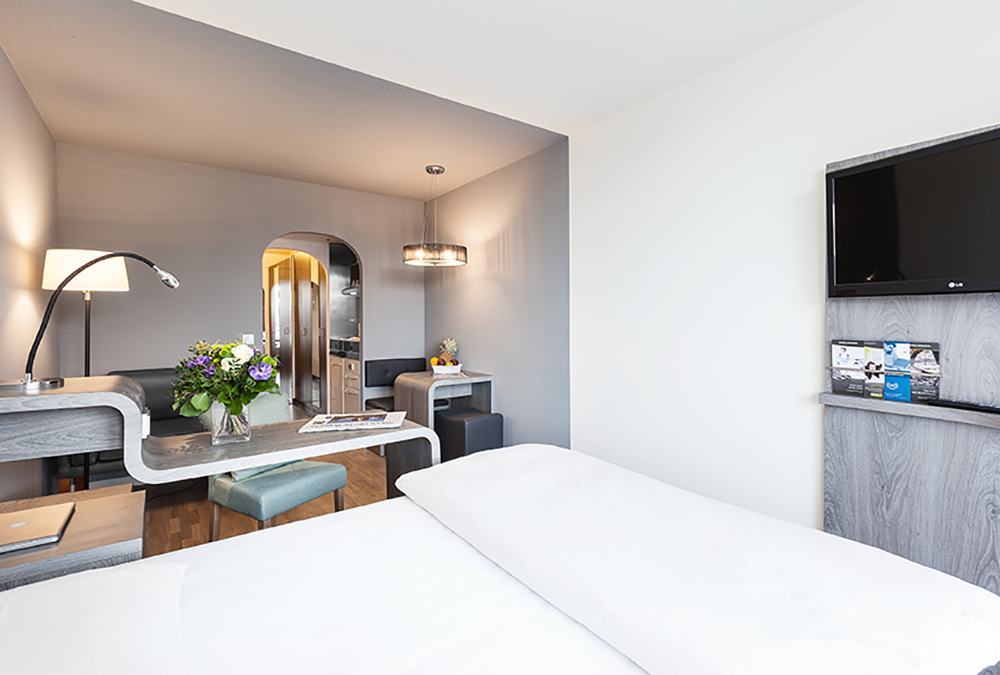 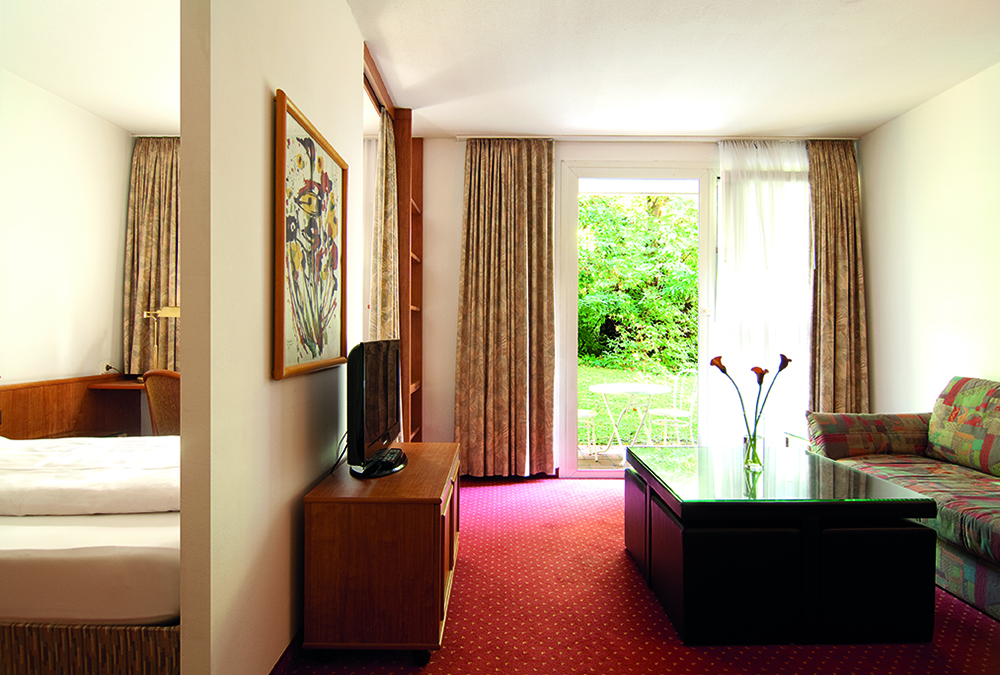 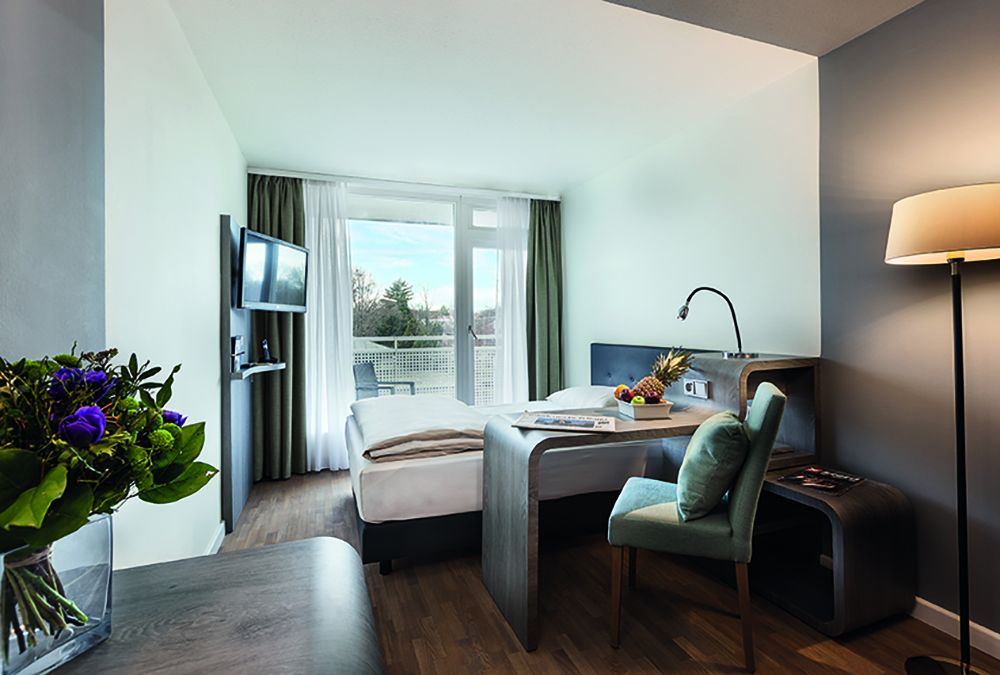 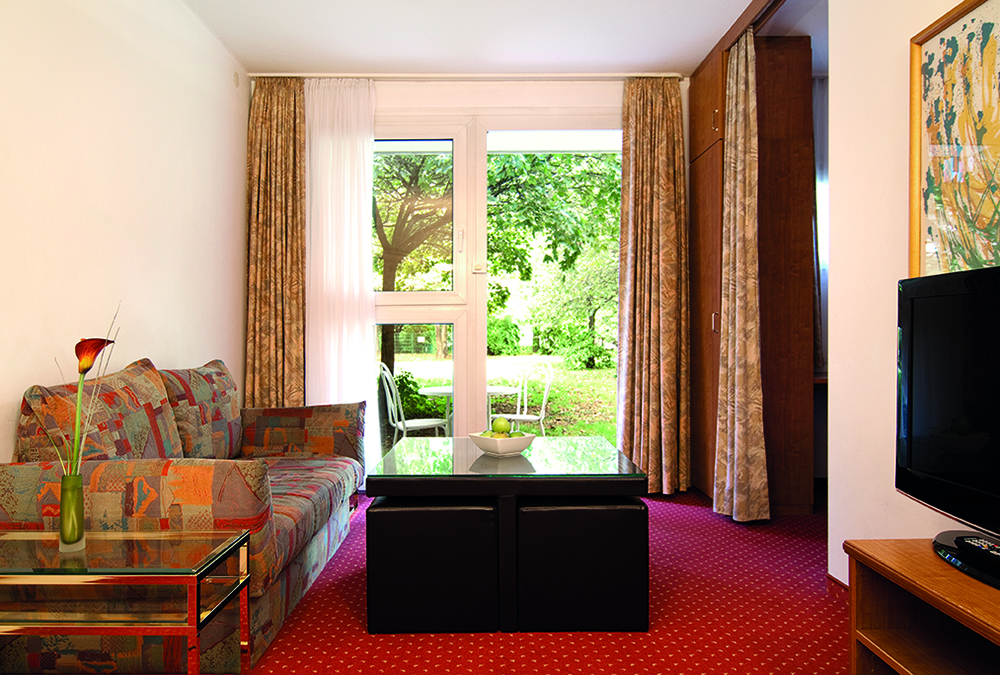 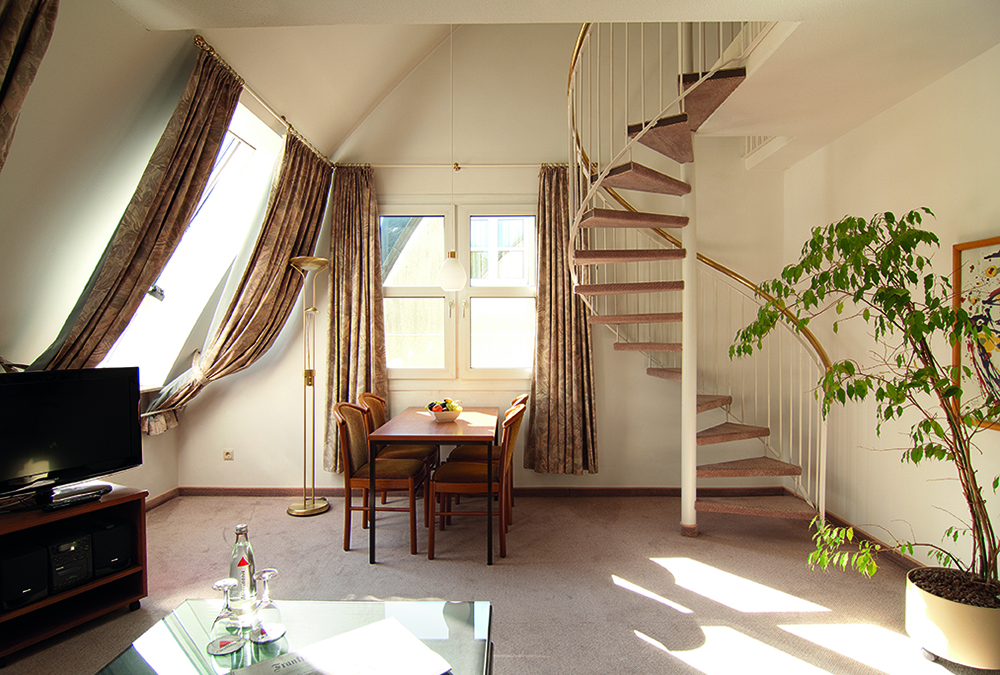 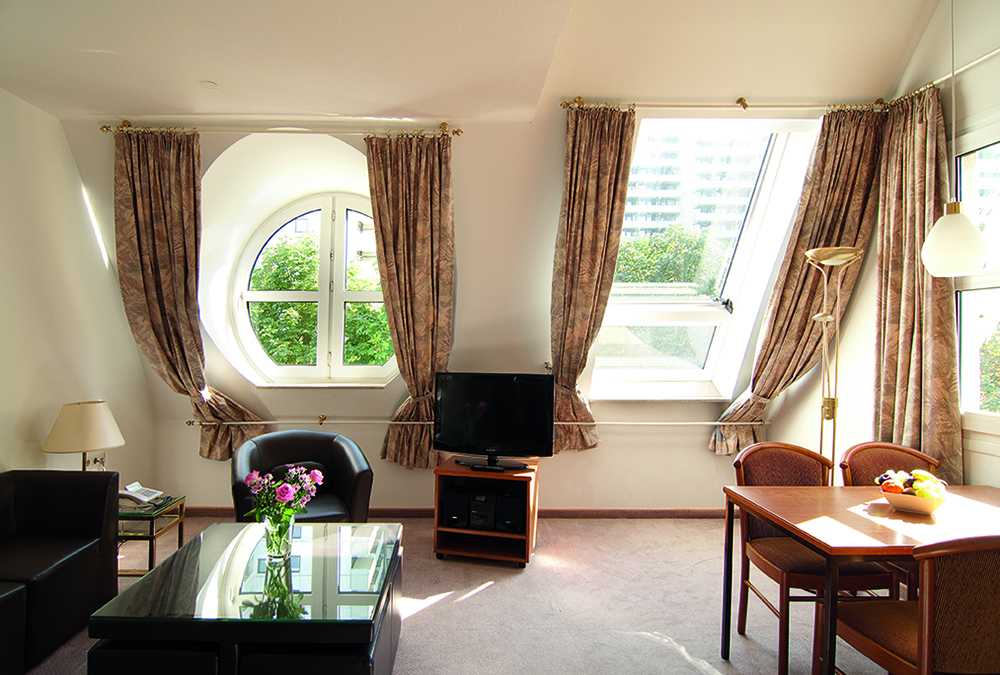 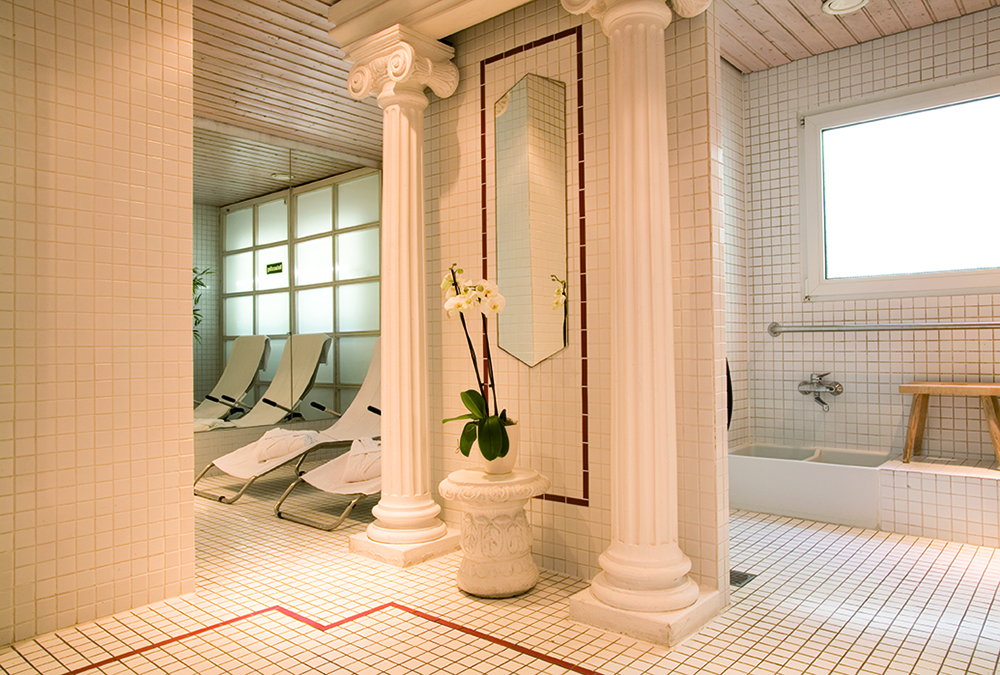 The Derag Livinghotel Appartement Johann Wolfgang is located in Sachsenhausen, a central and quiet residential area in Frankfurt. The city centre is easily accessible via public transport. Being located close to the river Main you can enjoy the imposing skyline of Frankfurt. Furthermore, the fairground is only 3 km away from the Derag Livinghotel Appartements Johann Wolfgang and can also be easily accessed via public transport.

Visitors arriving or leaving by plane will appreciate the fact that the Frankfurt International Airport is only 12 kilometers away. In less than 20 minutes you will reach the airport from the Derag Livinghotel Appartements Johann Wolfgang by car. This will take a little longer by public transport. Get on the train S3 or S4 at train station “Frankfurt Main Süd” and change to S8 or S9 on Frankfurt’s main train station.

The Derag Livinghotel Appartements Johann Wolfgang hosts 247 comfortable serviced apartments and modern hotel rooms. After an exhausting day in the city, feel free to relax in the apartment hotel’s spa & wellness area, including a sauna and a steam bath. If you feel like exercising, we recommend to visit the apartment hotel’s modernly equipped gym (open 24/7).

They all include a working area, washing machine and dryer service, laundry and ironing service, a cosy living area, cable TV, free high speed internet access (WiFi) and a telephone with voicemail. All serviced apartments and rooms have a fully equipped kitchen or kitchenette and are furnished according to your needs.

There are 4 different types of rooms and apartments in the Derag Livinghotel Appartements Johann Wolfgang:

These rooms offer a combined living and sleeping area with single or sofa bed. The size of each of these rooms amounts to 23 to 27 square metres and partially comes with a balcony. All the apartments are equipped with a fully furnished kitchenette.

These rooms are equipped with french, queen size or sofa beds and the apartments offer a fully equipped kitchen bar or kitchenette. The living and sleeping area is separated. Ranging from 30 to 40 square metres in size, these apartments partially come with a balcony or terrace.

Ranging from 44 to 55 square metres in size, these apartments offer a separate sleeping and living area, including a separate sofa bed. The apartment comes with a fully equipped kitchen, kitchenette or kitchen bar. Furthermore, some of the apartments are equipped with a trouser press and a stereo.